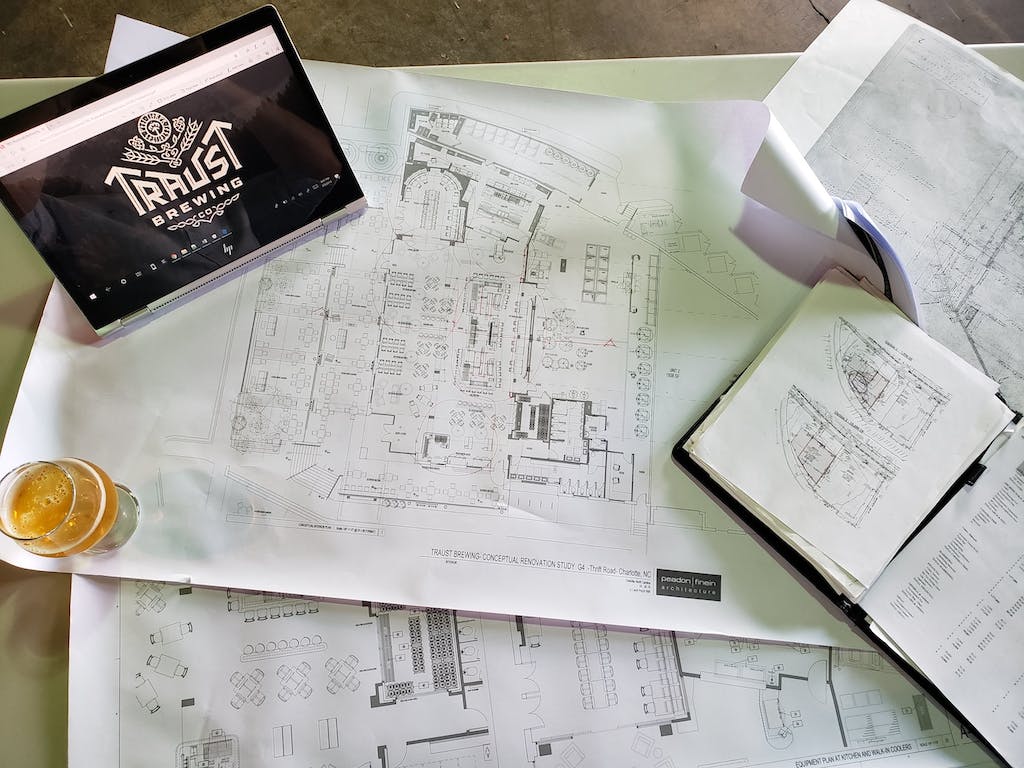 What do you get when you mix a talented Michigan brewer, Scandinavian hops and a multi-level wrap-around patio? You get Traust Brewing Company, a new brewery coming to the Wesley Heights neighborhood this fall.

“Being in the foothills below Asheville, one of the greatest craft beer cities in the world, Charlotte craft beer enthusiasts have proven their thirst for beer,” founder Eric Stevens said.

“This city is a melting pot of people from all over who come together to create this vortex—a self-perpetuating need for innovation balanced with their own regional traditions. The Traust team is trying to seize the opportunity to help shape a beer culture diverse in taste and help people along their path to enjoyment of craft beer however we can. But in the end, Charlotte is home, and these are the people we want to make beer for.”

The team at Traust isn’t new to the brewing and food-service world. Ryan Walsh, the official brewer at Traust, has experience in the craft beer scene from his time in Michigan. Native Charlottean and longtime restauranteur Kevin Parker will take on the task of serving as director of hospitality.